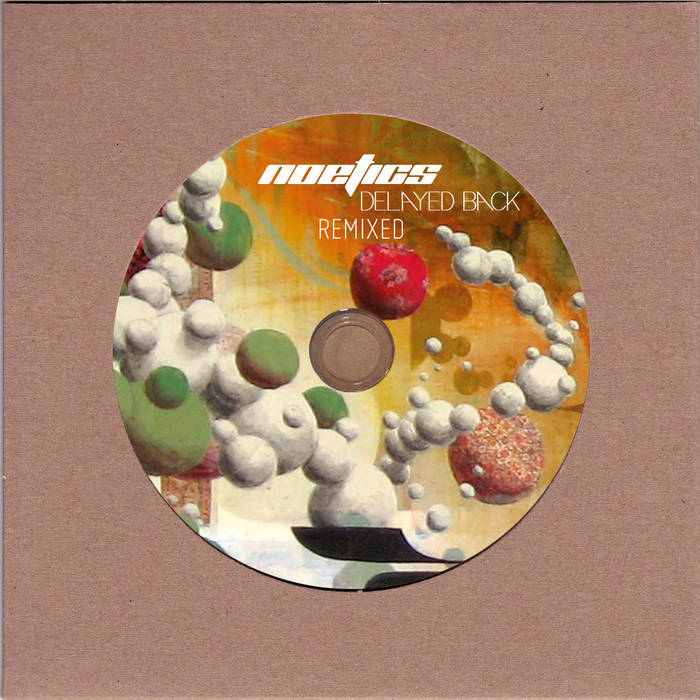 „Delayed Back Remixed“ is based on the album „Delayed Back“ and will be co-released with the six-track “Delayed Back Remixed EP” (12” vinyl) distributed by Kudos Records. The album contains eleven remixes by artists like Jon Kennedy, Biodub, Tom Tyler or Violent Public Disorderaz. It comes in a plastic-less recycled cardboard cover.

It has been the Bulgarian beatsmith Violent Public Disorderaz (Dusted Wax) who delivered the first remix to Noetics. He transformed the song „Peninsolar“ into a head nodding downbeat version perfectly suitable for opening the album. It is followed by a smooth House version of „Dschungelgelöt“ by the Hamburg based producer and musician Tantze Knut. Another pumping House remix was created for “Grant Lump And The Elevator” by the German producer Stundman (Schnellboot Records). It is followed by a dance floor dub version of the song “Schinkenwurst Dub” made by the Noetics’ drummer himself Patrick Wurster aka Biodub (Tiefenrausch Records).

Berlin based producer Kova (Melting Pot Music) produced a a smooth jazzy Hip Hop version of “Vibrant Hydrant” followed by a soulful Hip Hop remix of „Rumpankong“ by the Hamburg based collective Ramfam & Knut. The Prague based producer Jon Kennedy (Jon Kennedy Federation) created a hammering Broken Beat remix of “Peninsolar” followed by a spaced out rework of “Vibrant Hydrant” by the British producer Tom Tyler (DC Recordings). The German producer Dubvisionist (TimeTools Recordings) laid his magical hands on „Mähdrescher“ and created his dubbed out version of the track that is followed by the Dubtech interpretation of Rotterdub by the Italian producer Para. Concluding the album Holographic Field created a tripped out remake of „Der Heikle Mann“ including noetic stories of a space traveler.